A career three decades in the making 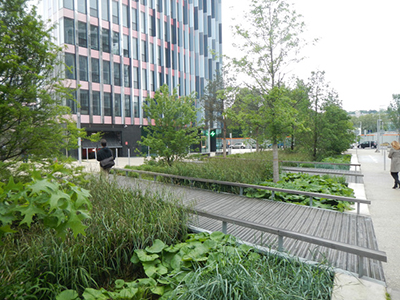 It was the 1980s, Ronald Reagan was president, gas was $1.25 a gallon, Apple Computer® launched its first Mac and Chris Wilson started his career at The University of New Mexico. 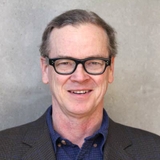 “The chance to learn from students, their energy, idealism and enthusiastic engagement with the challenges they are facing in our changing world,” Wilson said, when asked what he’d miss most about teaching.

The School of Architecture and Planning (SA&P) professor of landscape architecture recently retired from full time teaching, but even from one brief conversation, it’s obvious his heart still belongs to his students.

“What stands out most in my mind is the incredible dedication and drive of UNM students, many of whom have families, one or more jobs and a full course load,” Wilson said.

Known primarily as a cultural historian of the Southwest, Wilson is also the founding director of the SA&P’s Historic Preservation and Regionalism Program, and the author of The Myth of Santa Fe, The Plazas of New Mexico, and Facing Southwest: the Life and Houses of John Gaw Meem.

“Teaching is not a one-way street of professors imparting their knowledge to students. Above all, learning is about interaction between teacher and students, and between the mind of the student, the course material and the larger world. – Chris Wilson, UNM SA&P Professor of Landscape Architecture

Although he is stepping away from full time teaching, he will still continue in a part-time capacity, teaching two courses a year: History of Landscape Architecture –from the earliest human settlements to the rise of Modernism in the early 20th Century – and a UNM Study Abroad Course on French Landscape and Urban Design – which takes students to Paris for two-and-a-half weeks after spring graduation.

During the last three decades, Wilson says he’s most enjoyed watching diversity increase across campus, both in SA&P and in the student body as a whole.

“The School of Architecture and Planning went from predominately white and male 35 years ago, to today – we have as many women as men, and substantial numbers of Hispanic and Native American and international students,” he said, “along with African American and Asian American students.”

He’ll explore part of those international ties during an upcoming valedictory lecture and reception honoring his time at UNM.

Two of the most influential models for urban development are attributed to Paris. First, Haussmann’s traditional city of elegant boulevards in the mid-19th century and, second, Le Corbusier’s radical modernism of glass and steel towers in the early 20th. The city also is in the process of generating a third urban alternative today.

Wilson considers this history and contemporary promise in his lecture, “French Eco-Urbanism since 2000,” Monday, Oct. 29, at 5:30 p.m. in the Garcia Auditorium of UNM’s Pearl Hall.

He will focus on how the French have resolved a challenge also faced here in New Mexico: how to balance tradition with modernity. A companion exhibition, currently running through Oct. 31, features seven recent projects by the leading French Landscape Architecture and Urban Planning firm, Agence Ter, ranging from new ecological neighborhoods across Europe to redesigns of Pershing Square, Los Angeles and the Shanghai/Pudong waterfront.