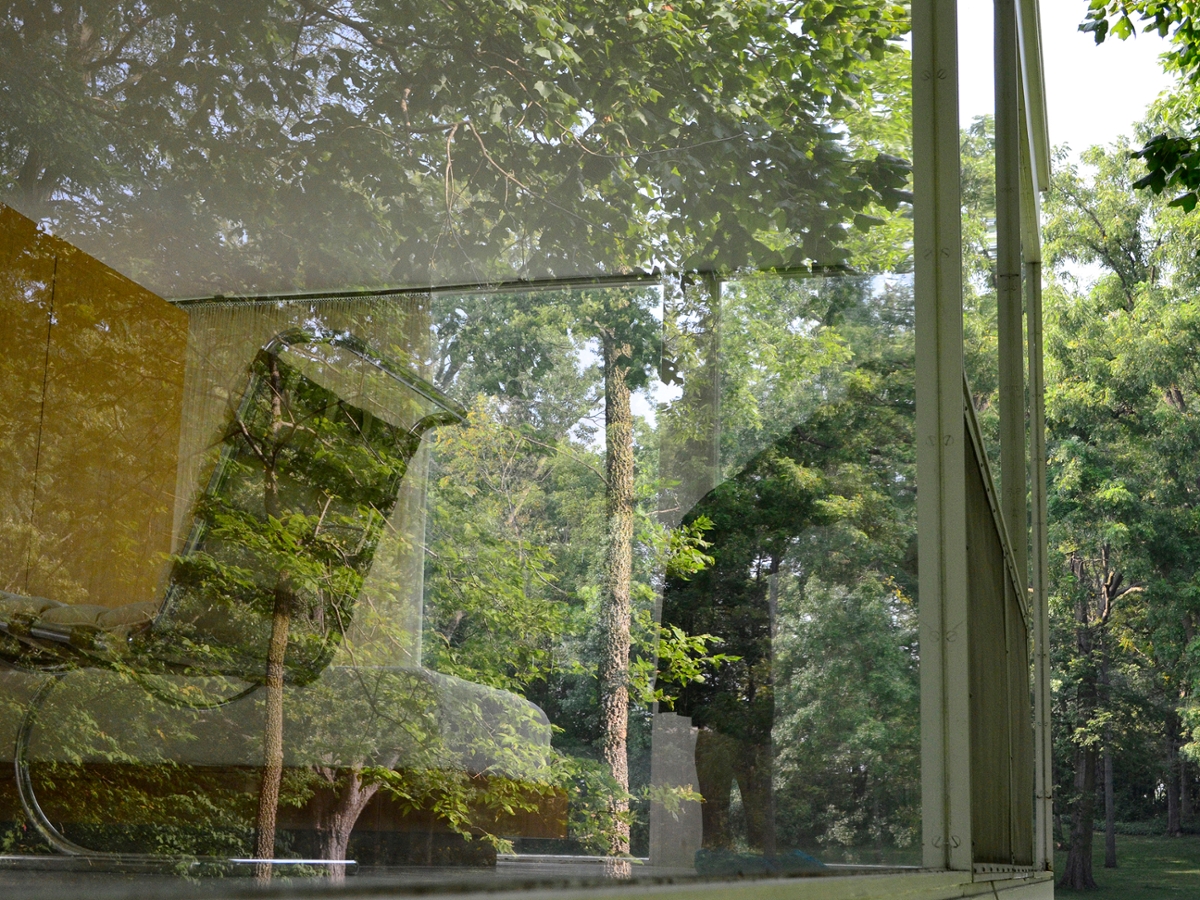 In Beautiful Test Sites / Now I am become death, Mitchell Squire and Nora Wendl make full use of their research-based and architecturally-founded practices to present a series of photographs that meditate upon “beautiful test sites”: spaces and bodies wastelanded by the American techno-utopian imagination of the 20th century.

For Squire, this means unearthing a series of inherited mid-20th century photographs taken by an amateur photographer—who at the time served as Executive Secretary of the Iowa Industrial and Defense Commission (1941-45), the first Director of the Iowa Development Commission (1945-53), and State Director of Civil Defense during WWII and again in the 1950s—and whose subjects were both women and nuclear blasts, whose images Squire alters through the strategic use of gilded frames, veils, and glass vases. Nora Wendl presents a series of photographs taken during her recent occupational performance of the all-glass Farnsworth House, designed by Mies van der Rohe for Dr. Edith Farnsworth in the mid-20th century—a house that was conceived the same year as the first American nuclear test. Wendl pairs these with a series of archival photographs of women within this house who have commonly been mistaken as being Dr. Farnsworth, which she heavily annotates with autobiographical and biographical information, thus bringing specificity to women who are otherwise anonymous within the visual discourse of architectural history: researcher and subject alike. The mode of operation in viewing visual information today, and particularly photographs, is that even a casual observer must work as a journalist to determine veracity. At the same time, the photograph is a way to arrest beauty, to prolong it, and to catalog even those places and bodies that are wastelanded until a future time when they can be read and named.

Mitchell Squire is an artist and educator whose practice encompasses architecture, visual art, and the study of material culture. His work employs techniques of assemblage and informational strategies of collection and archival presentation, toward understanding the sociopolitical complexity of material and immaterial artifacts. He holds the position of Professor of Architecture at Iowa State University.

Nora Wendl is a writer, artist and educator who uses disciplinary strategies drawn equally from literature, visual art, and architecture to amplify overlooked or suppressed narratives within the built and unbuilt environment. She holds the position of Associate Professor of Architecture at the University of New Mexico.