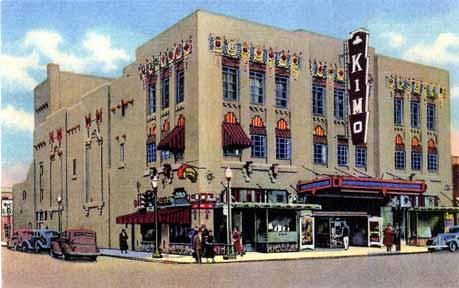 The late 1920's was the golden age of movie palaces, those elaborate showcases for films and stage shows.  Albuquerque got one in 1927, the KiMo, which this month celebrates its 90th birthday.  But the KiMo was different from other movie palaces, with a style all its own:  architecture and decoration unique to the Southwest.

Professor Chris Wilson, from the UNM School of Architecture & Planning's Landscape Architecture Department, joins us to discuss "Pueblo Deco," the popular but short-lived hybrid of the Art Deco and Pueblo Revival styles, which, he says, reached its "apotheosis" in the KiMo.

Listen to both versions of this story by KUNM here.