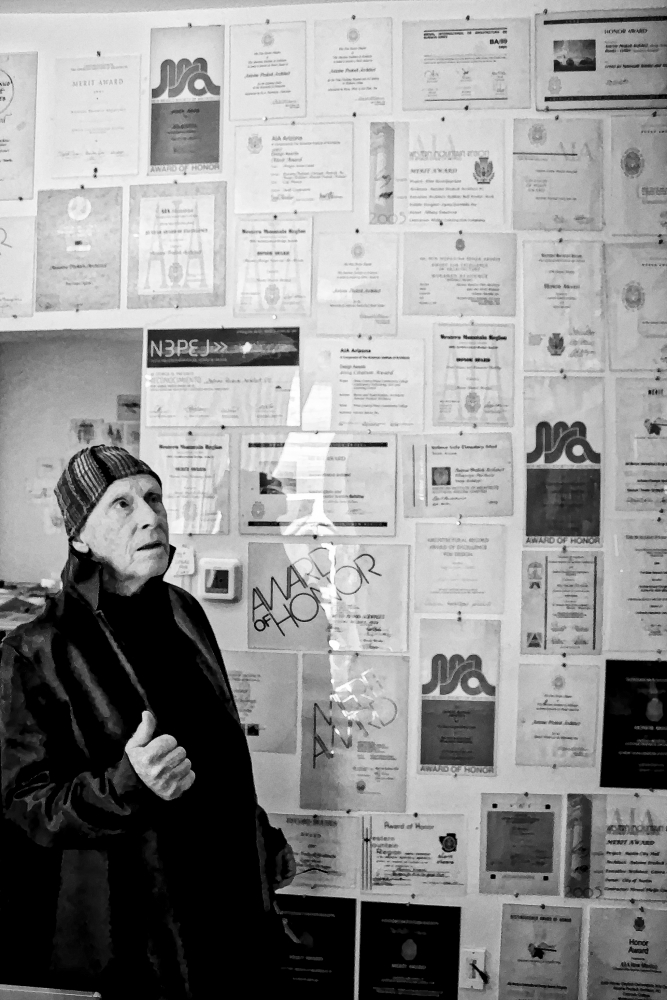 When I asked Antoine Predock for an interview, I was not expecting to be welcomed as if I were a family member who was coming for a casual visit after a long  absence.

Predock, a renowned architect, greeted me with a big smile, his famous black-leather jacket, his sunglasses and his hat. He was dressed like a motorcycle rider, which helped us bond over our shared love for Ducati’s.

I had the privilege to see the University of New Mexico Antoine Predock Center for Design and Research while it is going through renovations. The center will be an extension of the UNM School of Architecture and Planning. Designed as a repository for Predock’s work, the building will be converted into a classroom space and two fabrication labs.

The center is in the Downtown Albuquerque in a very calm neighborhood. Around there is a park, art and craft houses and few modern ones. It is almost hidden by these buildings — only the steel door creates an interruption with the crafty styled neighborhood.

The center is not small — it is comprised of his residence, and a secondary unit that used to be a playroom for his children (the room with the blue floor) and a dancing studio on the second floor used by his first wife.

Predock said his work starts with a “deep connection to the places, cultures and an obligation to geological time that intertwined itself in a special atmosphere, almost spiritual, that eventually will be extracted into something, a project, an idea or a model.” 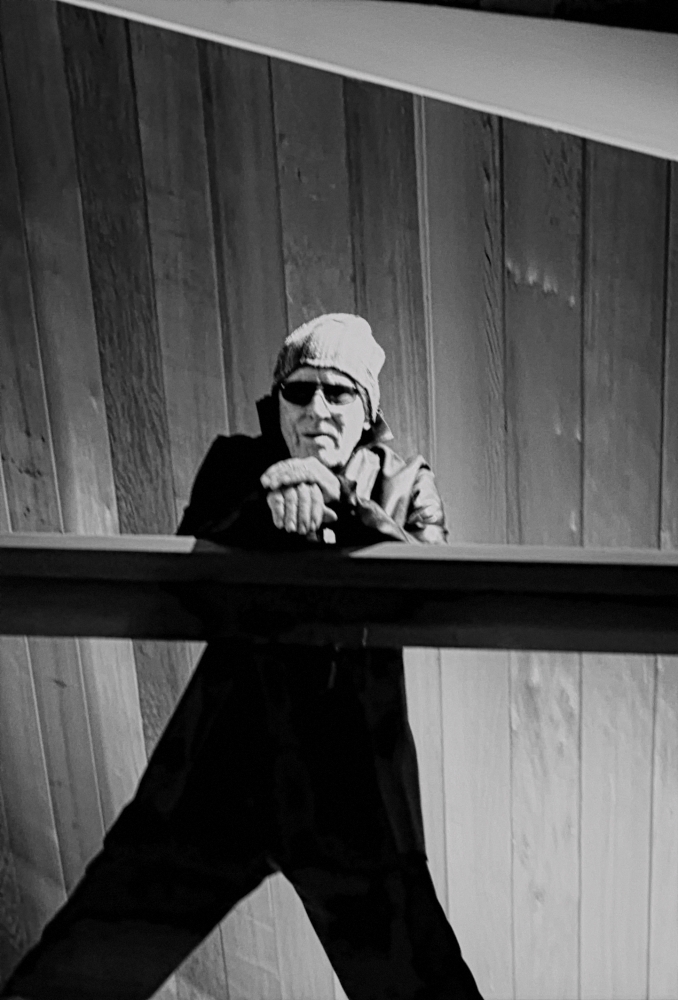 In his words, “You think about the cultural events...Think about what people did to occupy that land, but also what is in the air, in the breeze.”

He is an enthusiastic fan of a tv show that was filmed in New Mexico — Breaking Bad. In the various episodes, the places and the reality of places were shown in the same way as Predock understands his art.

This ”philosophical study” of places is famous in his collages, which contain quotations from poets, dream-like placements of images and handwritten notations. Cementing that his understanding of architecture is about dream and poetic encounter.

“(Architecture) is not about CAD, or entirely about digital design, that at times becomes boring. It is about fantasizing, being in an adventure, feeling the materials used to create study models.” 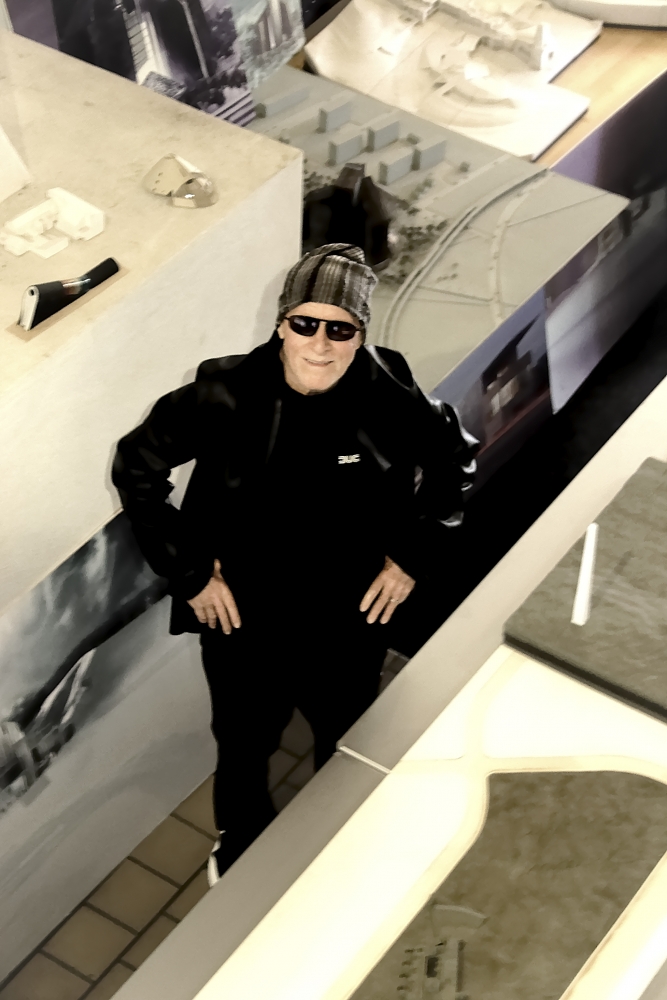 Referring to his Jam Log house, he said, “We made a story up in which I asked Ehi Franny what would have happened if a tree fell, or in the case of the (Canadian Museum of Human Rights), visitors can go and actually “see” people working. The museum wants to be uplifting and fulfilling. It is ok to show pain, but more important is to show hope — like Gandhi or Mother Teresa were doing with their work.”

On the other hand, Predock is very traditional in the way that his favorite medium is Roma Plastilina n.2. As a student he began using clay instead of doing drawings.

“It became like sketching for me: they are not just shapes, or cool objects to model,” he said.

Widely praised for his accomplishments, Predock’s work surpasses the simple action of drawing or modeling. Predock works to this day, and he will leave behind a diverse collection of work for the University of New Mexico.

Perla D'Andrea is a freelance photographer for the Daily Lobo. She can be contacted at photoeditor@dailylobo.com or on Twitter @DailyLobo. 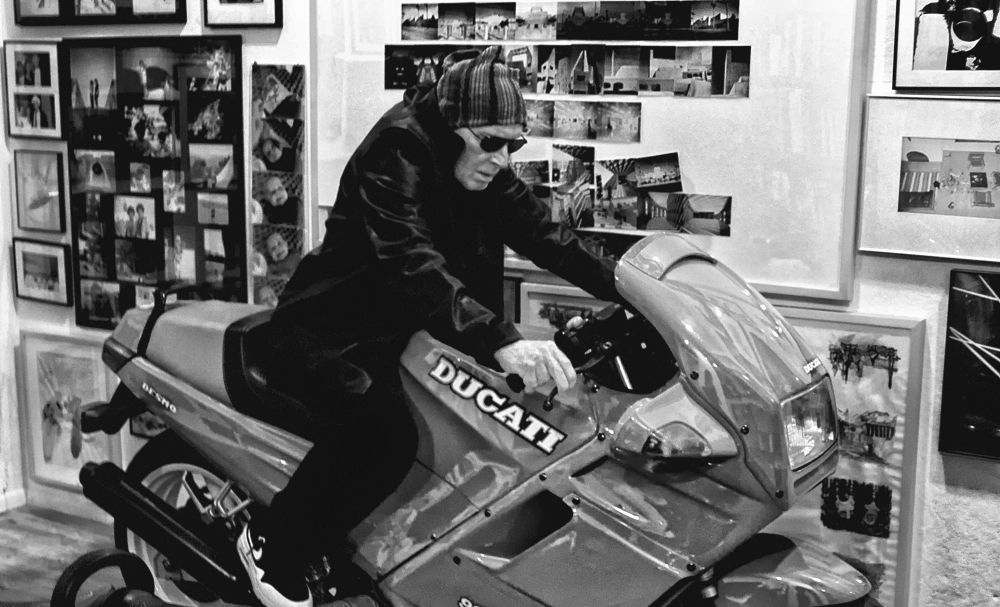