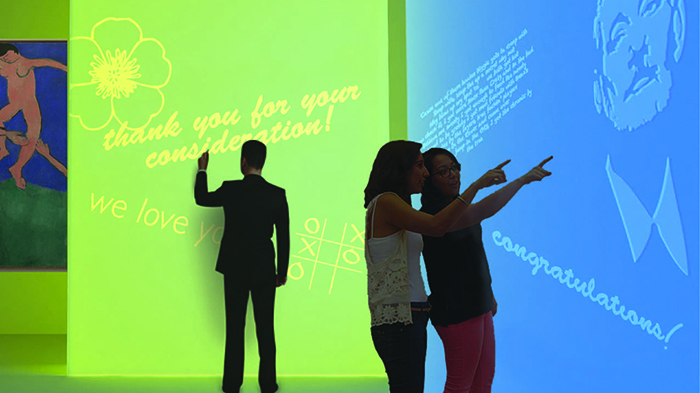 A new concentration within the University of New Mexico School of Architecture & Planning (SA&P) is already turning out award-winning pupils.

Students Madison Wickstrom and Arjun Bhakta both took honors in the 2017 Robert Bruce Thompson Annual Student Light Fixture Design Competition. Wickstrom received a second place for her design; Bhakta got a third place award for his.

“I'm very pleased that two of our undergraduate students placed in the prestigious Robert Bruce Thompson Student Light Fixture competition,” said John Quale, director of the architecture program. “Both Madie [Wickstrom] and Arjun [Bhakta] recently participated in our new Industrial Design course.  Both are excellent designers, and we hope this honor will help launch their careers.”

The Design Studies Concentration is new to the curriculum at SA&P and already has attracted 37 students in its first full year. Students like Wickstrom and Bhakta, with a strong interest and ability in design, are drawn to the program.

The competition they approached presents a design problem – in this case a Pacific Northwest university opening a modern art museum. The students were to design a light fixture to illuminate the entry lobby. The fixture is to be both a signature piece, but also functional, since the lobby is used for special events and art displays. The large lobby features a 16’ ceiling and the design of the space was part of the competition. The lighting was to be floor mounted and provide adequate lighting and durable because of the equipment needed when changing out exhibits. 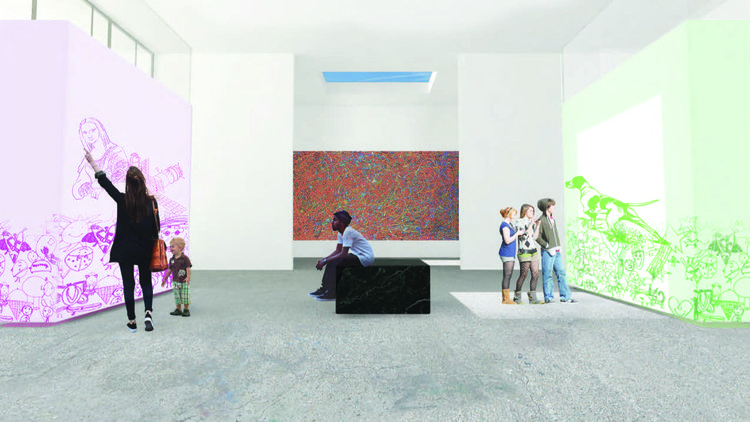 Wickstrom’s design, Light Walls, immediately engages visitors and allows them to be actively involved in their experience. They call it a “modern take on an Etch A Sketch,” with the white gel-filled, vacuumed-sealed sleeve wrapping around energy efficient LED panels. With nothing but the pressure of their finger, museum guests can draw with light by displacing the nearly-opaque gel and allowing the LED panels to shine through.

The modular and self-contained panels are mobile and are capable of meeting any aesthetic or practical museum need. The museum staff can choose color combinations via wifi, changing them to suit the planned use of the lobby each day or as needed. 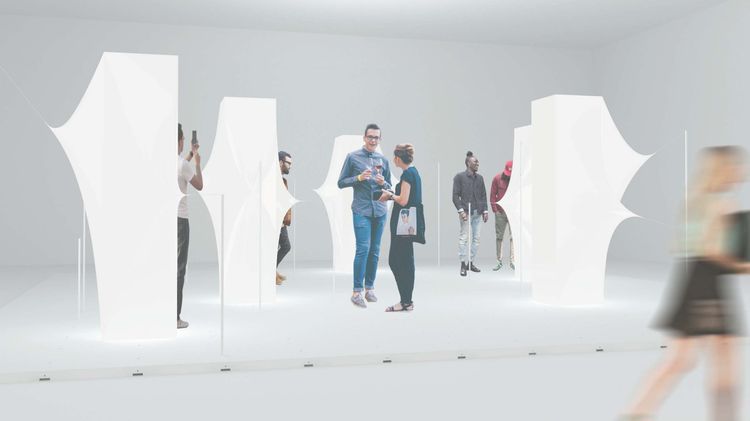 Arjun Bhakta’s design, The Tensioned Individual, was inspired by the moment before modernism. The design features a modular floor system that responds to many different floor plans and arrangements.

“It allows for the modernist idea of experimentation to happen – not just with the lobby visitors, but the museum staff, as well,” he said.

The system works by using recycled materials to create a module that bolts together easily and allows wiring to run invisibly through the bottom of the platform. The floor can be expanded or reduced, as needed.

Light structures pull out from the sides of the structure and the floor.

“The fabric that is being pulled represents the modernist thought of wanting to pull away from the existing precedent,” he said. The lights can be viewed as unaltered individuals.

“When the fabric is altered by a person moving a pole in the modular floor, it no longer represents the individual, but the individual trying to break an existing precedent,” he explained.

Dena Thomas Auoassou and Dana Oliveri co-taught the Industrial Design course through which the students competed in the lighting competition.

Auoassou said, “We chose the Robert Bruce Thompson Student Lighting Design Competition because it fit the course curriculum the industrial design class. The competition allowed students to explore designing and the pitch of an ideal that needed to be manufactured. We really pushed them to think - not only about the space their lighting designed inhabited - but also the user/viewers interaction with their design and satiability. It was an added bonus for the students that the competition was free to enter and gave them the opportunity to showcase their work on a national stage. I personally have never entered a competition like this. However, I felt watching our students succeed was more exciting than if I entered the competition myself.”